Regarded as one of the most relaxing and self fulfillig sports on the planet. Archery is the art, practice, or skill of propelling arrows through the air with the use of a bow, from "arcus" (Latin). Archery has historically been used for hunting and combat; in modern times, however, its main use is that of a recreational activity. One who practises archery is typically known as an "archer" or "bowman", and one who is fond of or an expert at archery can be referred to as a "toxophilite".

As with firearms, there are different catagories of equiptment: 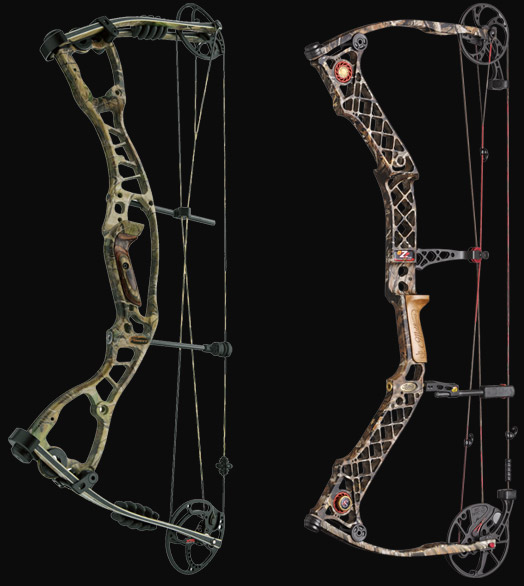 The limbs of a compound bow are much stiffer than those of a recurve bow or longbow. This limb stiffness makes the compound bow more energy-efficient than other bows, in conjunction with the pulley/cams. The compound bow has its string applied to pulleys (cams), and one or both of the pulleys have one or more cables attached to the opposite limb. When the string is drawn back, the string causes the pulleys to turn. When the draw commences, the archer has reduced mechanical advantage, but during the draw, as the pulley cams rotate, and the archer gains mechanical advantage over the bending limbs, more energy is stored, in comparison to other bows. The use of this levering system gives the compound bow a characteristic draw-force curve which rises to a peak weight and then "lets off" to a lower holding weight. 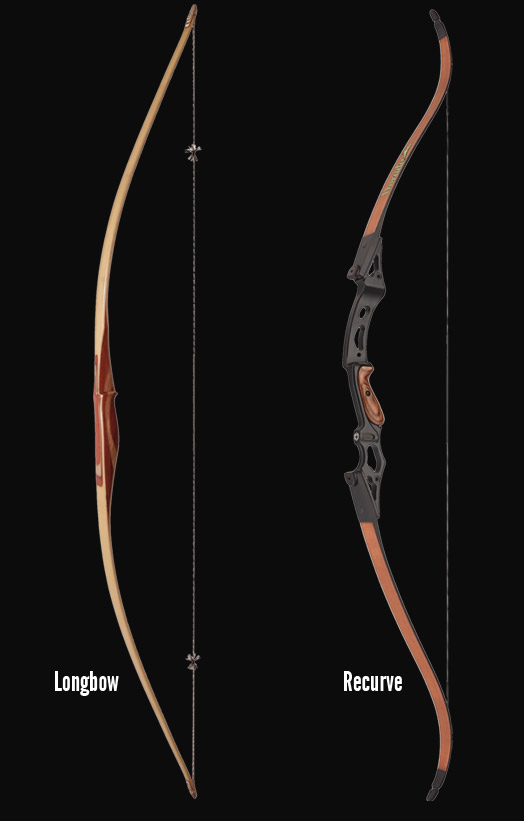 A type of bow that is tall (roughly equal to the height of the person who uses it); this will allow its user a fairly long draw, at least to the jaw. A longbow is not significantly recurved. Its limbs are relatively narrow so that they are circular or D-shaped in cross section.

This bow has tips that curve away from the archer when the bow is strung. By definition, the difference between recurve and other bows is that the string touches a section of the limb when the bow is strung. A recurve bow stores more energy than an equivalent straight-limbed bow, because more energy is stored and delivered more efficiently, giving a greater amount of energy and hence,speed, to the arrow. A recurve will permit a shorter bow than the simple straight limb bow for a given arrow energy and this form was often preferred by archers in environments where long weapons could be cumbersome, such as in brush and forest terrain, or while on horseback. 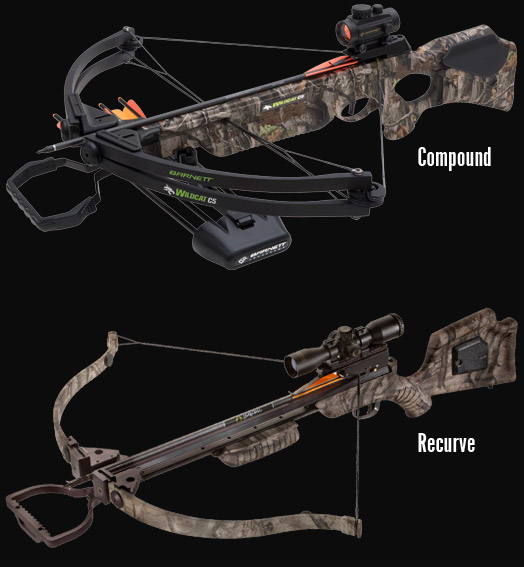 A crossbow that has tips curving away from the archer. The recurve bow's bent limbs have a longer draw length than an equivalent straight-limbed bow, giving more acceleration to the projectile and less hand shock. Recurved limbs also put greater strain on the materials used to make the bow, and they may make more noise with the shot.